Deciding on the right safety equipment can be a time consuming and worrying task for many stakeholders looking to maintain the safety of their people and the public. 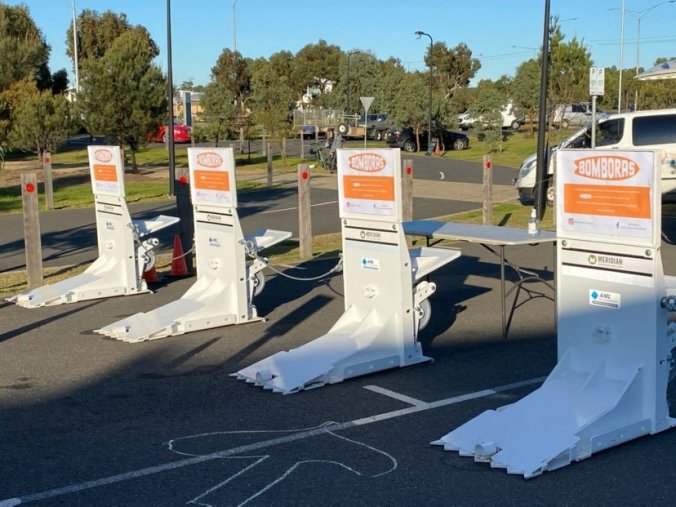 We are excited to announce that the Department of Homeland Security have chosen to advance the Archer 1200 from a Designated item to its highest level of Certification under the United States’ Safety Act. Taking the stress out of the decision, organizers can now choose and rest assured that the Archer 1200 will separate vehicles from people and continue to make people, places and communities safe.

For more information please contact our office on 03 9326 2244 or email events@amlrisk.com.au.

January marked a milestone for AML Risk Management, as Australia’s largest deployment of the Archer 1200 barriers took place. 250 barriers were used to protect crowds at the Australia Day Skyworks show for the City of Perth. This was the first time that Perth had secured this event with Archer 1200 barriers for HVM perimeter protection at what is the largest fire work event nationally on Australia Day. They had around 200,000 people attending from the City of Perth and South Perth.

Meridian Rapid Defence Groups Global CEO Mr. Peter Whitford was in the Command centre which incorporated representatives from Main Roads, Police, Rangers, Emergency Services, All Traffic Management companies and City Officials. They were so impressed with the speed and security we delivered with the Archer 1200 product. As one after another of the old technologies failed on the night we filled the gaps with the Archer 1200 barriers.

Water barriers and other old technology kept failing with patrons using their cars to push them out of the way. As the police said when our barriers are in place there is nothing left to do other than wait for the event to finish. When the event was over last year it took nearly 3 hours to open up the roads with an uncertified solution, once the green light was given, the Archer 1200 barriers opened up the roads within one hour. This has never happened before.  What this means is the Police can now wait for all patrons to leave so there is no one on the streets, which ensures total safety for everyone. The city and buses were back in operation earning revenue and transporting people home in a timely manner.

Upon conclusion of the event, the team at AML made their way back to Melbourne in preparation for the second largest deployment to take place in Australia. 106 Archer 1200 barriers were deployed along Fitzroy Street in St Kilda to secure another successful event. Over 10,000 march participants were protected by the barriers. At the same time the team remaining in W.A. deployed another 50 Archer 1200 barriers at the Chinese New Year Fair held in the City of Perth.

With all three events concluding without incident, organizers of each event and other stakeholders are eager to see future deployments take place.

As important as it was to get people tested for the COVID-19 virus, it was equally important that the health workers carrying out those tests were protected in every possible way. For that reason, Meridian Rapid Defense Group created a ring of steel, using Meridian’s Archer 1200 barriers, around the drive-thru testing station at the Rose Bowl.
https://www.einnews.com/pr_news/515727377/when-the-protectors-needed-protecting-meridian-was-there