Each year in late October and early November, Melbourne hosts the Spring Racing Carnival. popular events are held at a number of venues with large crowds attending. As well the city hosts the Melbourne Cup Parade in the CBD with thousands attending the event each year.

Some of the largest crowds to attend public sporting events attend the various race meetings. The venues host such crowds only once a year.

Hostile Vehicle Mitigation is an issue high on the organisers agendas. With surrounding streets filled with race-goers and attendees, it is good to be mindful of potential risks.

One of the best options is the Meridian Defence Group’s specially designed Crash Barriers. 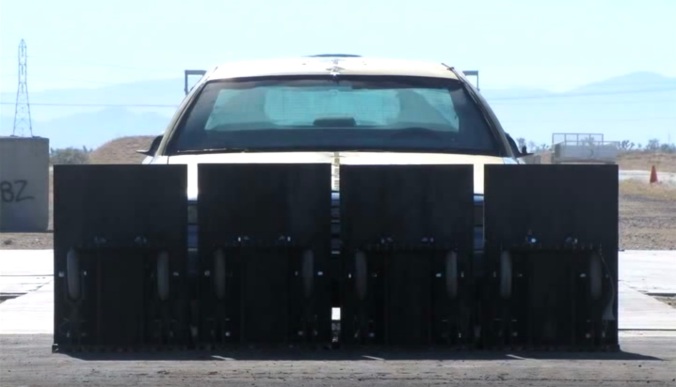 AML Risk Management are the Australian providers of the Meridian Defence Group’s Crash Barriers – the Archer 1200 system. The Archer 1200 system has been deployed here in Melbourne at the South Melbourne Market for the Mussels and Jazz Festival, as well as at several Anzac Day Commemoration events. These events attracted large pedestrian crowds. The Archer 1200 units provide real protection from hostile vehicles. A vehicle weighing 1.5 tonnes travelling at 30mph is stopped instantly and effectively by these barriers.

The Archer 1200 units can be easily deployed by one or two persons as well as demounted in the same manner.

With significant crowds gathering in places not specifically designed for crowd movement there is real need to protect such people from hostile vehicles.

To arrange a free no-obligation quotation or simply to facilitate an informational consultation please call 9326 2244 and ask for M/s Emerald Forrest, Hostile Vehicle Mitigation Supervisor or her colleague M/s Irene Rentifis. Emerald can provide an accurate assessment and analysis of your event’s exposure to hostile vehicle intrusion and recommend strategies to protect your event and its patrons.